GGE case: the background behind the sanction 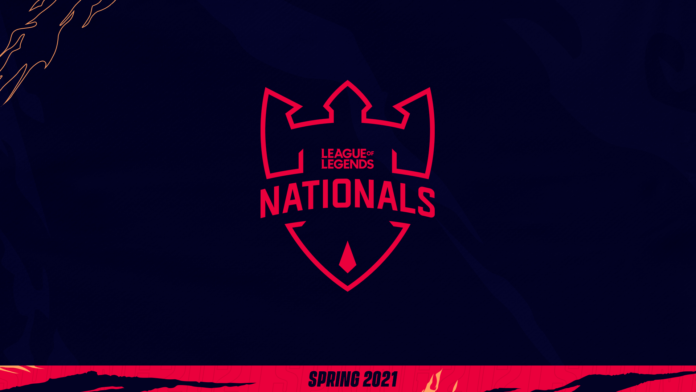 The GGE-gate is still on the table, as we can now call it, or the question that concerns the GG & Esports team. What seems like a tenelovela has become a very thorny issue that PG Esports, and in particular the disciplinary direction, has taken on board to unravel a tangle of events and statements that are difficult to deal with. Let’s try now, with more or less steady bowls, to clarify.

Let’s start by saying that we are talking about two distinct cases, albeit concerning the same protagonists: on the one hand the pecuniary sanction of € 2,000 imposed on GG & Esports for trying to circumvent the regulation in point 2.4.3, in the part that provides for the obligation to keep three of the owners who played in the final of the Promotion also in the roster, which is the owner or substitute does not matter, of the PG Nationals for the entire duration of the competition. In the same judicial branch, which we have extensively talked about in a previous article, the Sky player, another protagonist of the matter, was also sanctioned with a two-week disqualification from the competition for having colluded with the team, returning to the examination governed by point 5.1 .2.

In relation to the Competitive Ruling published by @PGEsportsIT https://t.co/qeCoPXrA79

The matter seemed to be over, with the apologies and the official press release from GG & Esports and the rest of the championship. However, the Sky player has never abandoned the intention of wanting to leave the team. According to sources close to the player, the Austrian toplaner, born David Koppman, would have relied on a pool of lawyers to obtain the cancellation of the contract signed with GG & Esports. According to the player, in fact, the contract was signed with deception, without him having all the information necessary to sign it with full conscience.

The player’s grievances lingered on one point in particular: he had not been informed that he would play the split as a substitute (in his place from the beginning of the championship the GGE have focused on the new signing Wondro) and above all he was guaranteed that, once the Promotion Tournament was over and qualification was obtained , Sky could have agreed with another team to go and play in another league. The same player, in fact, had already found an agreement with FTW Esports, a Portuguese team militant in the LPLOL.

A promise that, however, GG & Esports could not keep or would have broken the rule 2.4.3 of the three fifths. Besides Sky, in fact, only the midlaner Dehaste and the jungler Ploxy were part of the Promotion roster, played under the aegis of the DayDreamers, while Taba, Fittle and Wondro had taken over for the start of the championship. According to sources, the lawyers contacted by Sky would have sent a letter to GG & Esports asking for the immediate release of the player, challenging a contract signed with deception and with many gaps. In exchange, the player would have renounced the salary accrued in the weeks as a substitute. With the nightmare of finding themselves at the center of an indefinite legal action, the GGEs agreed to free Sky, looking for a solution that would avoid running into the infringement of rule 2.4.3.

The alternative was only one: to sign one of the other two players of the Promotion final and thus keep the original three fifths on the roster, at the cost of keeping them on the bench. One of the two was Simpy, a Spanish player, but an impassable path as he is already a participant in another European Regional League: he is currently a BCN Squad player in the Iberian SuperLiga and due to the Riot Games regulation relating to ERLs, a transfer would not be allowed. The last player left is the botlaner DerVoksne, in force at London Esports, a team that plays in the UKLC, the English second division not directly linked to an ERL. Under the Riot regulation, the transfer would be allowed and this is the path that the GGEs try to follow. Although an economic agreement is found with London Esports for the transfer, the officials of the UKLC, managed by Dreamhack, do not consent to the player’s release. With all the possible options closed, the GGEs just have to communicate to PG Esports that they find themselves without a valid roster in its entirety, despite having the minimum five players necessary to get on the Rift.

Having acknowledged the situation, the disciplinary management of PG Esports, in collaboration with the same team, he tried to find a solution that would not compromise the integrity of the championship but that at the same time it gave a significant sanction to the GGE. The construction of the roster is in fact one of the most important aspects of the season and getting to be in such a situation denotes poor programming. PG Esports explains in advance, during the TikiTakaRift broadcast by Stefano “Zhydaris” Cozzi, that it will certainly not be another financial penalty, otherwise the incorrect message would pass: those with more economic resources can afford to break the rules. Cozzi’s second point concerns the plurality of actors in the decision: being the first case in Europe, the decision must be taken in agreement with Riot Games and the offices of the Berlin esports division, as well as with the representatives of the other ERLs.

In record time PG Esports announces the sanction: until the end of the championship, or until the GGEs get back a valid roster, opponents will be able to choose which side of the map to play on. A sanction that is perceived by many as insufficient and unbalanced with respect to the gravity of the infringement committed. In reality, as Cozzi always explained during the PG Esports Tuesday LiveTalk, it is the sanction that aims to do less damage to anyone other than the GGE: it does not compromise the competitive integrity of the championship, it does not harm or favor some teams. rather than others (with the exception of GGE, of course), it does not involve cuts in the broadcast of matches. Perhaps an attenuated solution, true, but probably the best that could be taken to harm only and exclusively those who have broken the rule.

Objections to remove points or victories already acquired are not feasible: the penalty index of Riot Games, to which PG Esports must necessarily join, being an official circuit, have a very specific policy. According to Riot, you must first of all protect the players, which is why the victories already acquired cannot be removed, nor is it possible to play games knowing that they will then turn into automatic defeat. Also discarded the hypothesis of inflicting the loss of one or more bans on the GGE, not recommended as a penalty by several coaches as the teams are already training as if they had one or two less bans.

Those who now play a fundamental role in the continuation of the story are the other teams of the PG Nationals. By mutual agreement, they asked PG Esports and Riot Games to re-examine the case, deeming the sanction imposed on the GGE ephemeral and insufficient. According to some sources close to them, the teams have also made a proposal, asking the GGE to play the six remaining league games only to take away four victories at the end of the championship. A solution that, as we have anticipated, is not viable for the competitive thinking of Riot Games.

PG Esports, confronting Riot, therefore opted for a greater penalty, while remaining within the limits of the penalty index: the GG & Esports were thus assigned two defeats at the table for the next two playdays, thus obtaining a 0-2 in Week 5 of the competition. A solution that basically displeases everyone: it benefits some teams at the expense of others, namely Macko and Cyberground who were supposed to meet GGE this week; it removes content and matches the broadcast of the championship; compromises the integrity of the championship. Emphasizing that this is a further solution that does not replace, but complements, the previous one relating to the choice of the map side.

On the GG & Esports side, the difficulty is obviously that of being at the center of public attention, at the first competitive experience in PG Nationals, for reasons that concern her as an objective responsible person but not first-hand. The management side of the team, in fact, had been entrusted from the beginning to the same management of the DayDreamers, in particular to the figure of Edoardo Falcetti, several times protagonist of some somewhat questionable releases on the information channels of the Italian championship. Sickles who, since Sky’s lawyers first showed up with the GGEs, according to some sources would seem untraceable, both to the requests of PG Esports and to those of GG & Esports, interested in better understanding how it was possible not to consider all the aspects that led to this sad conclusion. Furthermore, as announced today, the GGEs are ready to take legal action against those who will be held responsible for the situation.

Finally, we inform you that we have already done so to contact GG & Esports in order to have more explanations on their part and to allow a dutiful reply.

50% First deposit bonus up to 100€ for betting and 300€ on casino
Review
We use cookies to ensure that we give you the best experience on our website. If you continue to use this site we will assume that you are happy with it.Ok